Remote Talks is a series of video interviews with the brightest minds in remote work and global employment, hosted by Remote CEO Job van der Voort. This week, we welcome renowned remote work evangelist and Firstbase founder and CEO Chris Herd to share his thoughts. Topics include projections on remote work for 2021, challenges in supplying equipment for distributed teams, and how all-hands meetings may look a little different in the next few years.

What’s going to happen next year in remote work?

Chris: The most unexpected thing that most people don’t realize is just to the extent the habits and behaviors that have happened over the last 12 months are going to calcify. People think, “We’re going to go back to the office,” but I just don’t see it.

I have spoken to a decent number of companies at this point. Some of the biggest organizations on the planet who would never have went remote, who have got 100,000 people plus, they’re going to cut commercial real estate by 50-70%, and they’re going to expect people to work from home 3-4 days a week. The extent to which this is going to happen is going to be way bigger than people still realize that it's going to.

Is it a matter of time before offices disappear altogether?

Chris: The “bespoke, egotistical monument to our prior success” offices, I think they’re dead. It doesn’t make sense to spend $50k per person per office space. Physical spaces will persist because people still want to meet up in person for specific things. Whether they exist in offices or retreat locations, that’s what I’m less clear on.

Read more: How to support workers who don’t like working remotely

What do you think people are not talking enough about with remote work?

Chris: A lot of people are concerned about sharing their personal concerns with remote work. I think you begin to see indications of this where the surveillance aspect of it, people are recording screens. They’re trying to replicate the office remotely, and that becomes an incredibly invasive thing. Now you’re in people’s homes, and that’s a big problem.

People have been reluctant to share negative feedback against that because of what we're living through. Increasingly we’ll see people rebel against that, probably rebel against the 9-to-5 as well. It just doesn't make much sense to work 9-to-5 if you’re not in an office and you need to be there for certain things. 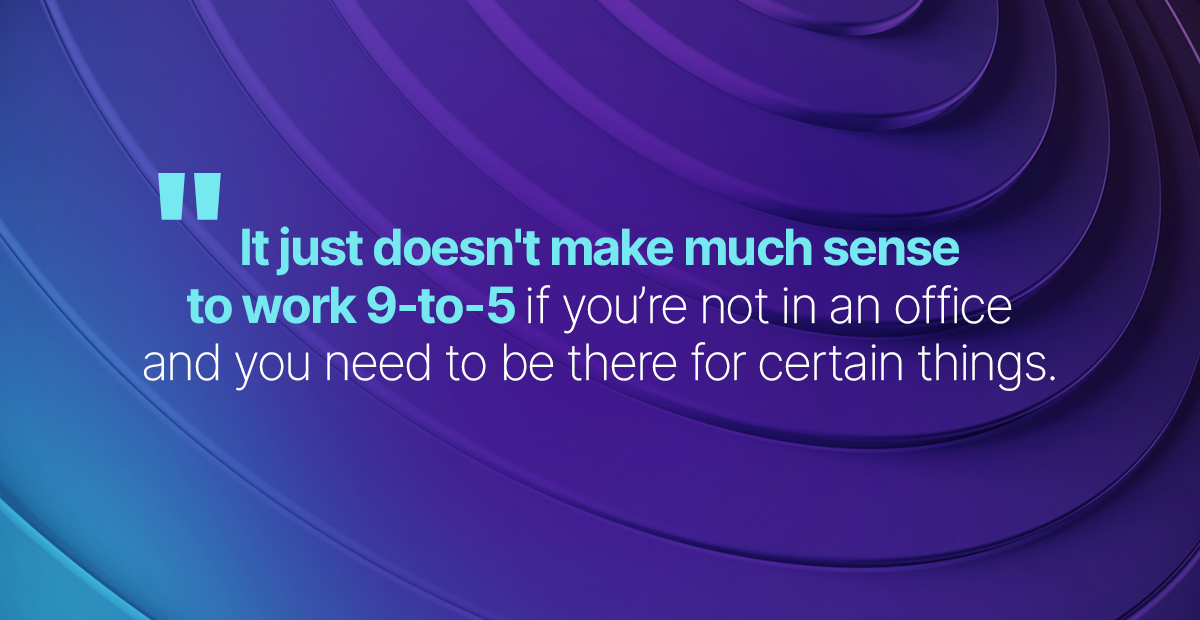 What are the challenges in supplying equipment to remote workers?

Chris: There’s clearly a logistical complexity to what we’re doing, but it’s not an unsolved problem. Logistically, shipping stuff to people’s homes, Amazon’s pretty good at that now.

What’s actually really difficult for companies is the system of record, source of truth that becomes that asset registry. How can we abstract away the complexity of all that backend problem? The complexity is definitely in the instantaneous part, much like [Remote]. You make it look really easy to get an employee set up in a country. We want to do exactly the same thing to give you the machine, the desk, the chair, the peripherals you need, to give you a great experience.

What is the next frontier in the future of remote work?

Chris: Everyone’s got this fixation on the future of work right now. What I think we really need to be talking about is actually the future of living. Work is one component of life. The problem is that it’s become the anchor of everyone’s social life...If you’re no longer going to the office, where does that social interaction happen?

Read more: Why you should work asynchronously

You spoke to thousands of companies about remote work. What surprised you?

It doesn’t matter what size you are. You still need to give people equipment, you still need to manage that, maintain it, repair it. If someone leaves, you need to collect it for data issues. And we’re concerned people are going to get injured from home because they’re not using the right stuff and we’re going to get sued for thousands of dollars.

Are injuries while working from home a common concern for businesses?

Job: The desks, the chairs, the setups, they are made to be ergonomic so you don’t hurt yourself while sitting there. That’s also why they’re very expensive...How do you deal with the employees of your customers saying, “I don’t have space for this stuff in my house?”

Chris: I was on a call with an investor in April. He’d been working from home for about a month. He’s sitting like this, he’s got an icepack on his shoulder, and I’m like, what’s wrong? He says, “I never got a chair, been sitting at my kitchen desk for a month and hurt my shoulder. It’s such a ubiquitous thing and you never consider it.

Read more: How does workers’ compensation work for remote employees?

What are your thoughts on employers tracking employee activity?

Job: I imagine, if I was going to be tracked like that, I would start doing crazy things. Do you get these requests from the customers you work with? What is your response?

Chris: Yes, and our response is no, we’re not going to do it. I’m sure you get asked the same thing, what is your response? 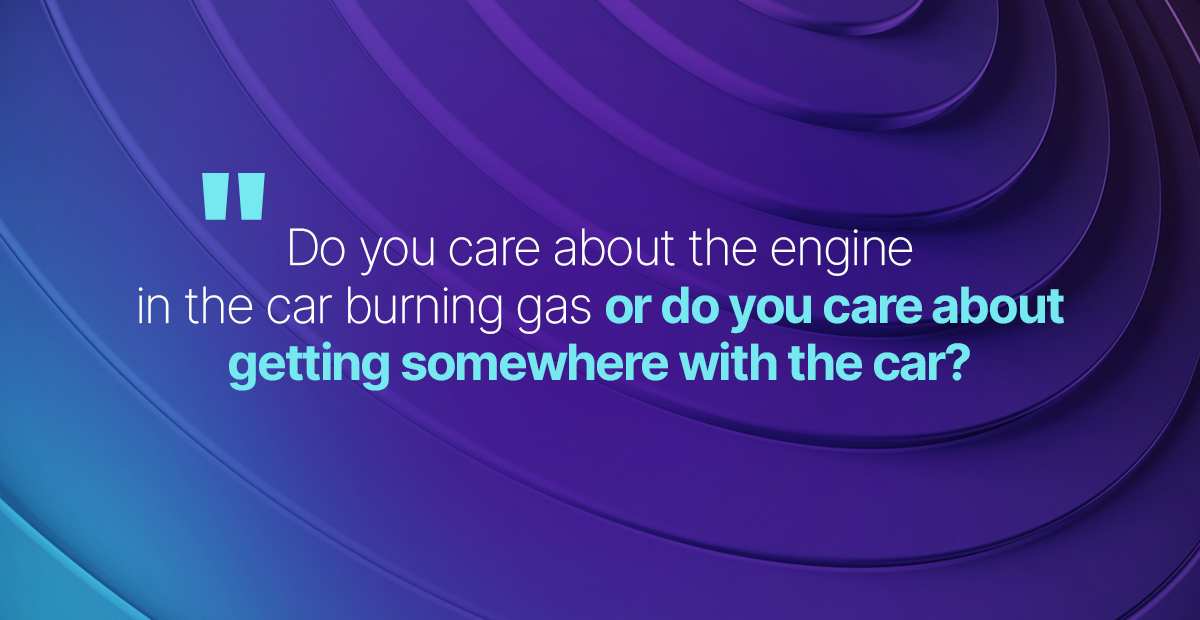 Where are the gaps in remote work right now?

Job: Here’s a free startup idea. As we start to document things, the things around documentation become more important as well. For example, the ability to easily search through documentation. That is not an arbitrary problem. If you look at search in Notion, it does not satisfy the need if your documentation is thousands of pages.

Chris: So many companies have been remote for a long time now...You still see ideas, that problem’s never been solved, that problem’s impossible. We live through the same stuff every day. There’s so many tools that we see internally and say, “Someone needs to build that. We just don’t have the bandwidth to do it.”

When everyone is vaccinated, is your team going to meet up?

Chris: The UK has been relatively unlocked recently, so we met up, outside, to grab coffee and stuff. But we’ll have some sort of retreat to meet everyone in person. We’ve grown from two to nine, and obviously the majority of us have never met in person. So it would be nice.

Job: We did a monthly get together. The whole team was in Portugal pre-pandemic, and now we are almost 70 employees in total all over the world. The moment everybody’s vaccinated and it’s like, we’re good to go, we’re going to get together...I think we’re all really looking forward to getting a drink together, get some good together...I’m happy to have dinner with someone for three hours, but I prefer not to do that over Zoom.

Chris: Where do you think becomes that hub where people meet up? I hear a lot of people saying Portugal.

Job: I think Portugal is a really great place to do this. We have great weather, hotels...everyone’s welcome here, I think the Portuguese people will welcome people with open arms.

Chris: Here’s one I’ve heard in the last couple weeks from a few large organizations...How about we come together as similarly sized companies, say 15,000 size organizations. And we effectively create a modern timeshare as a resort where each of us gets two weeks a year to do whatever we want with...What you’ll see is resorts of that type spring up for that exact purpose.

Job: At GitLab, we flew in the IT people a week earlier to set up dedicated internet lines and install a Wi-Fi infrastructure to have reliable internet throughout the space. And it was still not great, it was OK...For us at least, the focus will be on spending time together and getting to know each other, so not necessarily utilizing the Wi-Fi, but if you bring the whole company together, the business keeps running.